Another giant leap for AI - Reviewing the year 2022 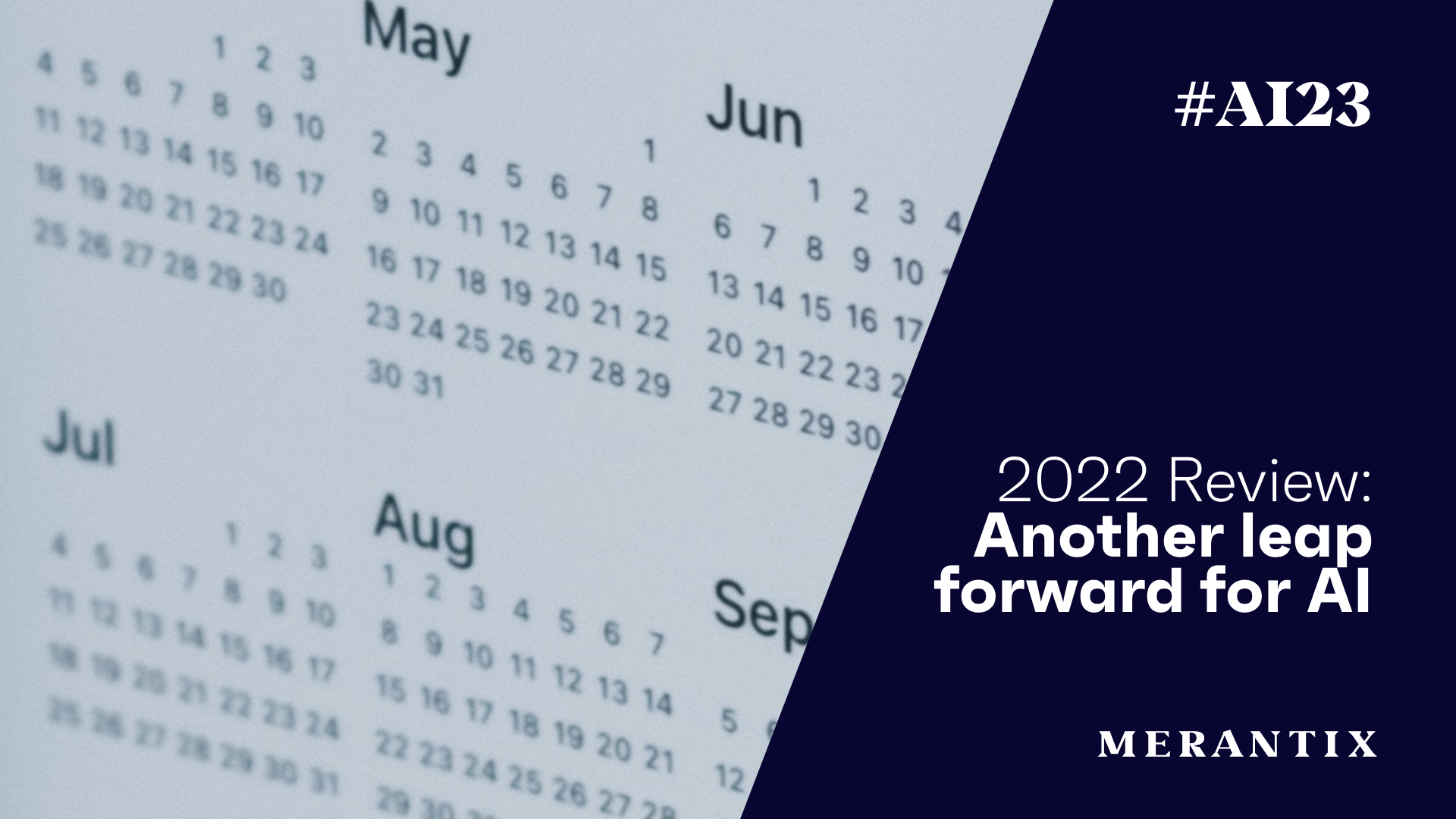 2022 was another astonishing year for AI - let's see how many predictions we made turned out to be true.

Last year was another great leap forward in the world of AI and was finished with the public launch of Chat-GPT, which saw the technology get into the hands of people worldwide. The impressive tool has been leaving a huge impact, and we are sure this is only the beginning. Therefore, we are going to discuss what is on the horizon for this year, and give our predictions for #AI23.
But first, let us start by examining a few of our predictions from last year.

In general, one of the major trends in AI that we saw in 2020 was the continued development of large-scale language models. Top of the list was OpenAI, with the release of several new models such as Imagen, DALL-E 2, and the before mentioned Chat-GPT; but also the CompVis group LMU Munich, Runway and Stability AI made waves with their Stable Diffusion release.

StableDiffusion is a model that generates images by gradually building up the structure of an image, one fragment at a time. This approach allows the model to generate more coherent images and is less prone to errors than traditional methods.

These models saw massive growth in popularity last year and have been adopted in many fields, such as healthcare, gaming, finance and robotics. They are quickly becoming more versatile and powerful and have increasingly continued replacing older types of AI networks, such as convolutional and recurrent networks.

We predicted: NLP would remain the pioneer of AI in simplifying our lives.

This claim turned out to be correct: The obvious example was the development and release of ChatGPT. It is significant because it was probably the first application based on GPT-3 with an interface lowering the burden of users to learn and know how to interact with it, which signifies a big step forward.

ChatGPT is trained on a large dataset of human conversation and is finetuned using HFRL. The underlying model receives signals about the quality of the output and updates the generative model through this reward. So it is trained through conversation, but not to engage in conversations. An example of the latter is Cicero, which can understand and respond to a wide range of topics and questions and generate coherent responses that are difficult to distinguish from those of a human. It shows great potential to revolutionize the way we interact with chatbots and virtual assistants. The development of ChatGPT and other NLP technologies is a testament to the rapid progress in the field and the potential for NLP to transform how we communicate and access information.

We predicted: Hardware would become an even tighter bottleneck - but issues turned out to be more profound.

Another (unfortunately) accurate prediction: Here, issues got even more profound than we anticipated. On the one hand, there is a growing need for improved processors to effectively analyze and infer from larger datasets as the machine learning and artificial intelligence field expands. This increased demand has driven entrepreneurs and large corporations such as NVIDIA and Intel to enter the market to boost manufacturing capacities. These developments subsequently led to the release of crucial new hardware, such as the AIU Chip by IBM, the Tensor Processing Unit (TPU) by Google, the Nervana Neural Network Processor by Intel, the V100 GPU Accelerator by NVIDIA Tesla, and Xeon Scalable Processor by Intel. Each of these hardware products was specifically designed to improve the performance of deep learning computation and handle data quickly.

On the other hand, the geopolitical issues around the chip crisis were boiling underneath all of these incredible advancements. The reliance on chips produced in Taiwan has become an even more significant concern this past year, as tensions between the United States and mainland China over Taiwan's political status have escalated. Taiwan remains the primary producer of advanced chips used, and a blockade of the island could significantly impact the global AI industry. Some experts have compared the importance of Taiwan's chip industry to that of oil, as disruptions in chip production would be difficult to compensate for elsewhere. This instability highlights the importance of diversifying critical supply chains, which could help to mitigate the risks associated with disruptions in Taiwan's chip industry.

We predicted: AI would become an essential enabler on the path to sustainability.

True: Especially in Europe, we saw some inspiring start-ups that used AI and Machine Learning to combat climate change, specifically in reducing carbon emissions. As a result, Europe has become a leader in early-stage, purpose-driven companies, with European investments accounting for a large percentage of funding for these companies. Some examples of this are DeepSea Technologies, Vaayu or Briink:

DeepSea Technologies is using AI to make ships more efficient by capturing the unique characteristics of each vessel and providing recommendations on routes and speeds, which can save up to 10% more fuel during voyages. On the other hand, Vaayu has developed automated carbon tracking software designed to empower retailers to cut their carbon emissions in real time and at scale. The software provides actionable insights into entire supply chains and integrates with point-of-sale and systems for managing product life cycles. It can calculate the carbon footprint of all daily transactions and helps retailers measure and cut their carbon emissions parallel to their business operations. Tackling the problem from a different angle is our venture Briink. They are a sustainable finance solution, bringing scalable, sustainable finance reporting through a proprietary AI engine. The product they have developed and rolled out allows investors and business leaders to manage, assess and report their sustainability data while complying with EU regulation - reducing analyst work by up to 10x. Briink's platform is already being used by companies around the globe and is positioned to become an essential tool as sustainable finance regulation enforcement ramps up.

Truly a strong year for AI
We were surprised to find how well most of our predictions were. But this boils down to the fact that 2022 was a great year in the history of AI. We saw some significant advancements and a glimpse of the first real-life applications of the technology, which left the whole world in awe. So now, let's look ahead to 2023! 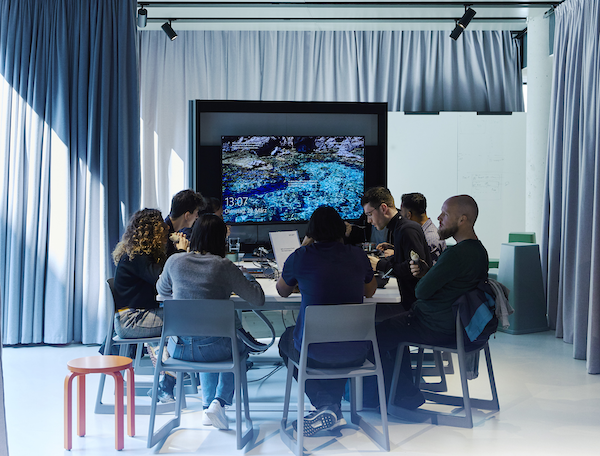 Every Founder's Journey is unique, but to help overcome the pitfalls and build stronger personal growth, we put a strong focus on building up a community between all of our Founders. 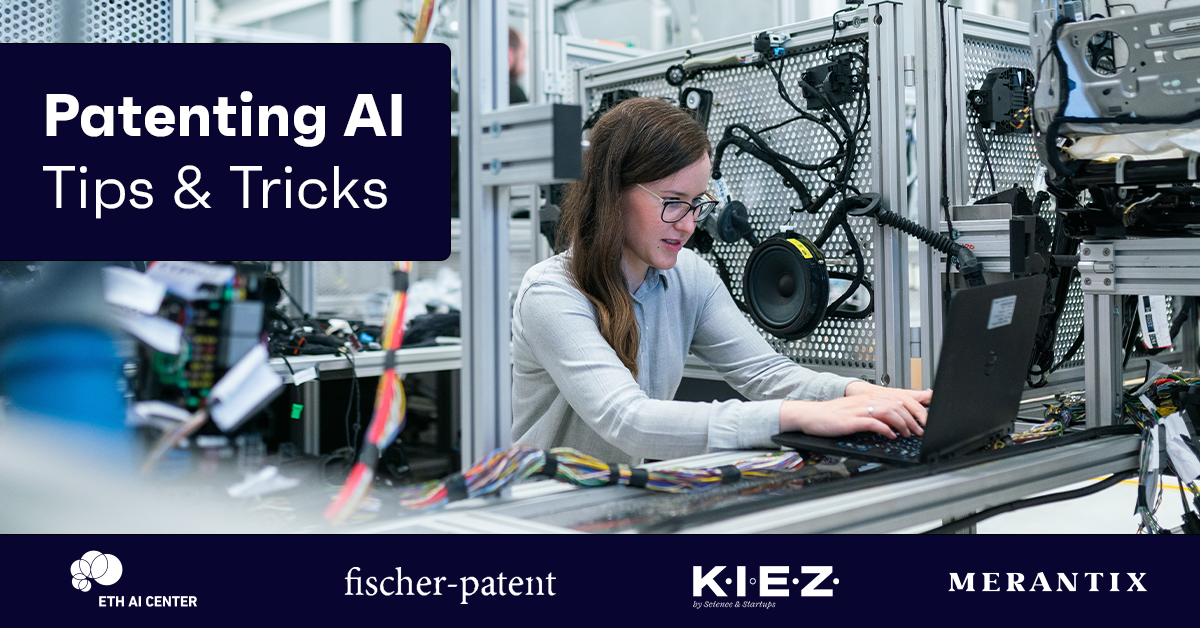