How to patent your AI 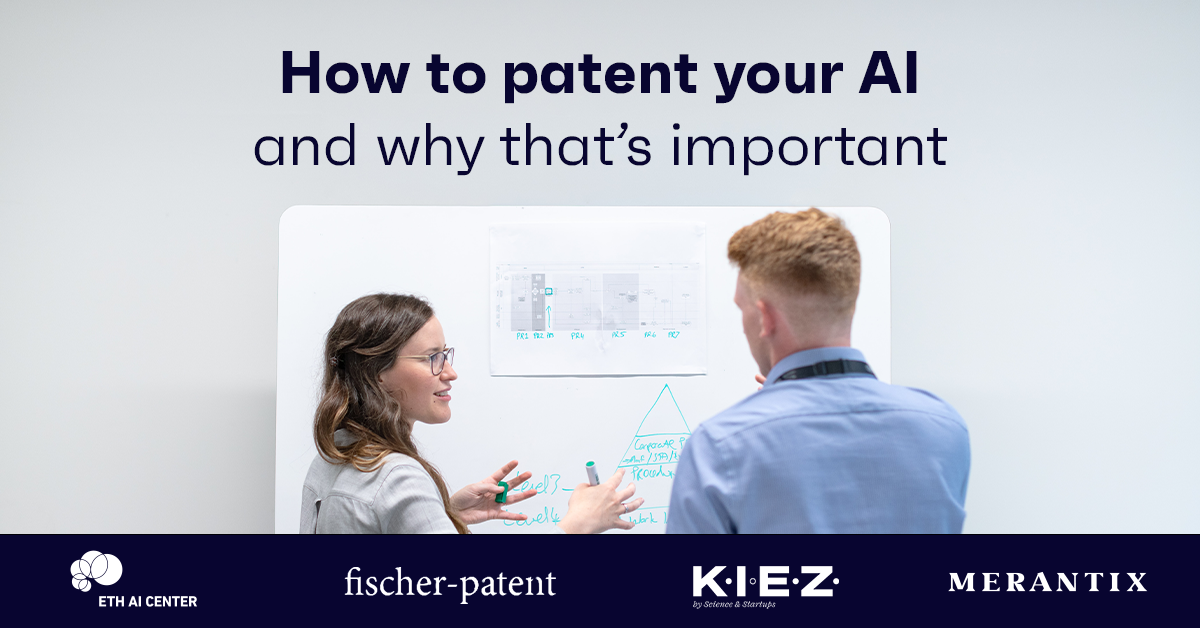 As an early stage startup your most valuable asset is your idea, this guide will help you patent your AI solution

With more and more AI being created in Europe, the question of its patentability is getting a new call for urgency. In this article, Alexander Ilic (ETH AI Center), Dr.-Ing Uwe Fischer (Fischer Patent), Tina Kluewer (K.I.E.Z), Dr. Rasmus Rothe and Henry Schröder write about why patents are valuable assets for startups and explain how looking to the US can help us learn how to correctly and swiftly apply for patents.

A call for more patents

In 2020, more than 60% of all patents issued by the US patent office were software related (IPWatchdog, 2021). However, especially in Europe, there still exists the notion that software or AI is entirely not patentable. So how come the Americans don't seem to have this issue? They approach software patenting very differently. Instead of trying to patent the code itself, they reframe the patent around the process the software implements. Therefore their method, process and apparatus is, as so often, much more targeted on succeeding rather than perfectly complying with the hurdles set. While European companies largely view patents as evidence of technical innovation and follow the legal procedures very methodically when filing, US companies see the much more practical and real-life benefits of software patents and through framing and persistence find a way in getting their patents accepted.

But there is good reason for European companies and start-ups to adapt the US approach. While there are certain administrative, financial and more pressingly legal hurdles, the benefits from a valuation, insurance and marketing standpoint are often reason enough for tech start-ups around the globe to pursue these efforts.

Patents as valuation boosters and proof of innovativeness

Certainly, the most apparent reason for filing a patent is the protective effect, providing the owner with the exclusive right to utilise the invention for a certain period of time.

However, especially for start-ups, there are even more decisive reasons from a legal and valuation perspective. Patents are a proof of a company’s innovative strength. Its potential to be used as a marketing tool during a fundraising or sales process can show great potential reward for a relatively small price of application. Investors value patents (at times irrationally) high as especially in exit scenarios, they can become very valuable. As it is rarely worth it to sue small start-ups on patent infringements, competitors tend to sue after the purchase by a larger company - which in return is willing to pay a higher acquisition price to hedge itself from this risk through a patent.

Furthermore, from a legal perspective patents are a valuable asset to possess. Patent suits rarely have an interest in reaching a verdict but mostly get settled by out-of-court settlements, as the paid fine is seldomly more valuable than the cost-to-business of such a legal dispute. Hence, a patent that can be used as a negotiation tool and possibly an exchangeable good in an out-of-court settlement can be immensely valuable.

Patents also allow inventors to publish without fearing commercial competition. It is very difficult these days to hire engineers if you don't let them publish - therefore it may seem reasonable to patent their discoveries to enable them to publish.

Lastly, patents can simply be seen as assets that can be sold, licenced, pledged or transferred - and should be valued as such.

While the process of applying for a patent sounds like an administrative nightmare, if done correctly, as little as one day's work from the companies side is necessary.

The process starts with iterating what ideas can/should be patented, before consulting with a patent attorney on the dimensions and possibility of success of an application. Thereafter the necessary documents are prepared by the consulting lawyer (min. 2 weeks) while iterating and afterwards filing the patent application at the respective patent office. As so often, one can expect the US patent office (min. 9 months) to have a final decision a lot quicker than the European counterparts (min. 18 months). However, from a legal perspective a confirmation of filing is insurance enough. If the feedback is negative you can revise based on the suggestions of the patent office (while not adding new subject matter) or withdraw the application. The minimum duration of the process can take as little as one year and realistically 18-24 months. However, the essential part is the filing date.

The most difficult part in filing a software patent is understanding what part of a product or concept can be patented. The basic criteria are simple:

Where it gets difficult is the term of technical character:

In a very simplified way: Is there any interaction of the core of the invention with the physical world?

The difficulty lies in formulating the software patent claims in such a way that the claims clearly identify the technical character of the invention. Good patent lawyers are able to transform a non technical software invention into a technical one by a slight modification of the invention. What is the smallest possible switch one can implement to find a technical aspect?

Legally, in Europe computer programs are excluded from patentability if claimed as such, as it is considered a purely mental product like a mathematical proof or rules for a game.  However, the exclusion does not apply to computer programs having a technical character2. By framing your product correctly this is a hurdle that can be easily bypassed. Therefore, you emphasise not the software as the invention but the technical character innovation that this software enables, and thereby bypass the hurdle.

Keep technical people in the loop

When determining how to patent one’s software, it is paramount to always involve a person who actively understands the operational sense in which this technology is used. This allows much more efficient determination of the technical character of the product.

There are significant collections of specific software inventions (like this one here) that have been found to be either technical or not - use them.

There is always a way

If you believe there exists no way to patent your product on the basis of it being a “non technical” software product - Google similar patents and you will almost always find an American who has already done so. The key is getting creative and finding the way of least resistance to framing the product in such a way that the patent claims relate to a technical aspect.

Start patenting your AI! Read our second article for tips & tricks on how to get it done. 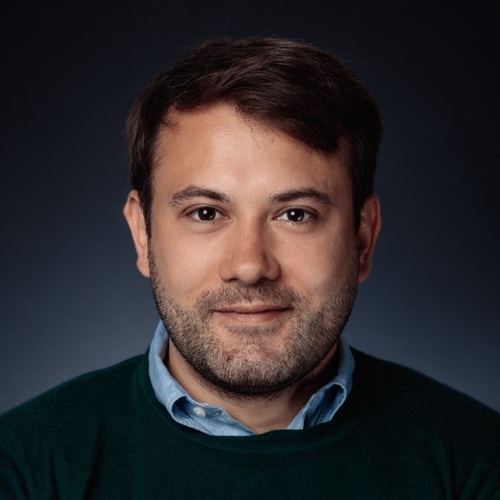 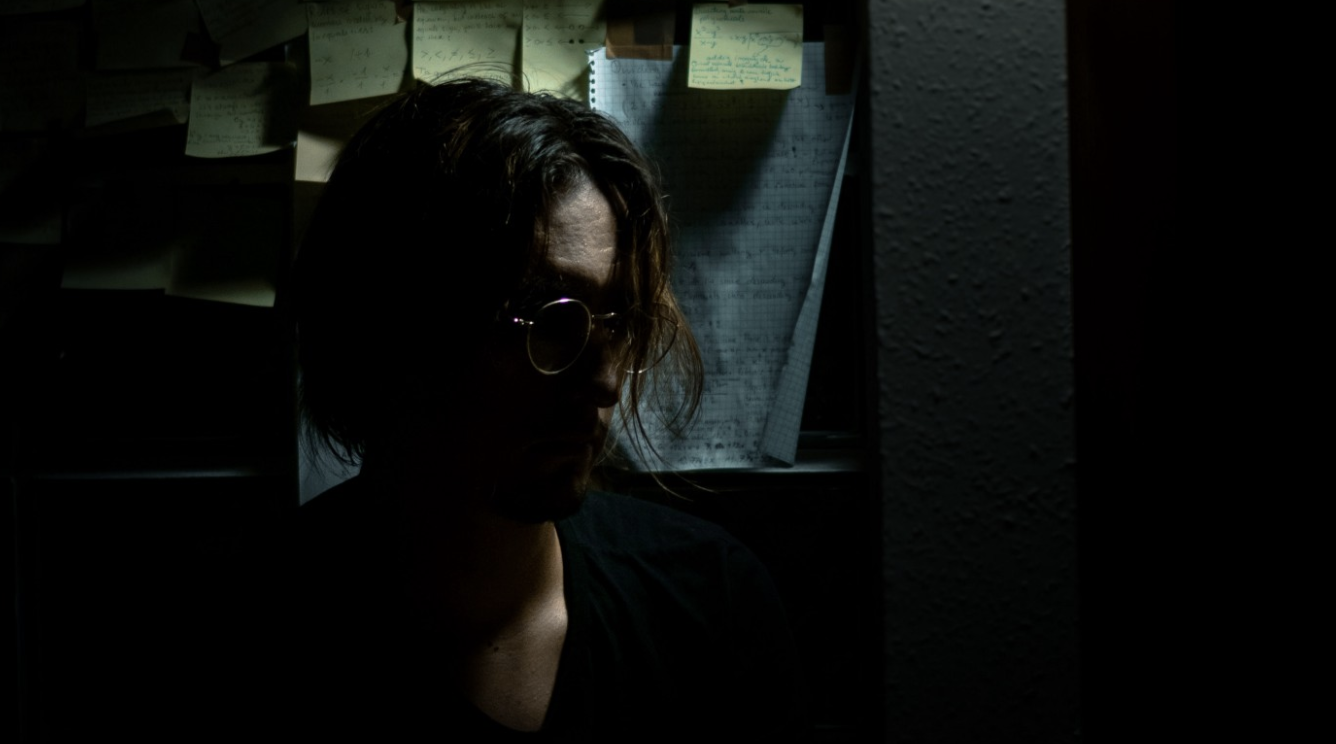 Our Approach to Pull Requests

In this guide we’ve tried to summarise our approach to creating and reviewing pull requests. Obviously, not every pull request needs all of the steps below, we simply present some ideas and processes that we find helpful. 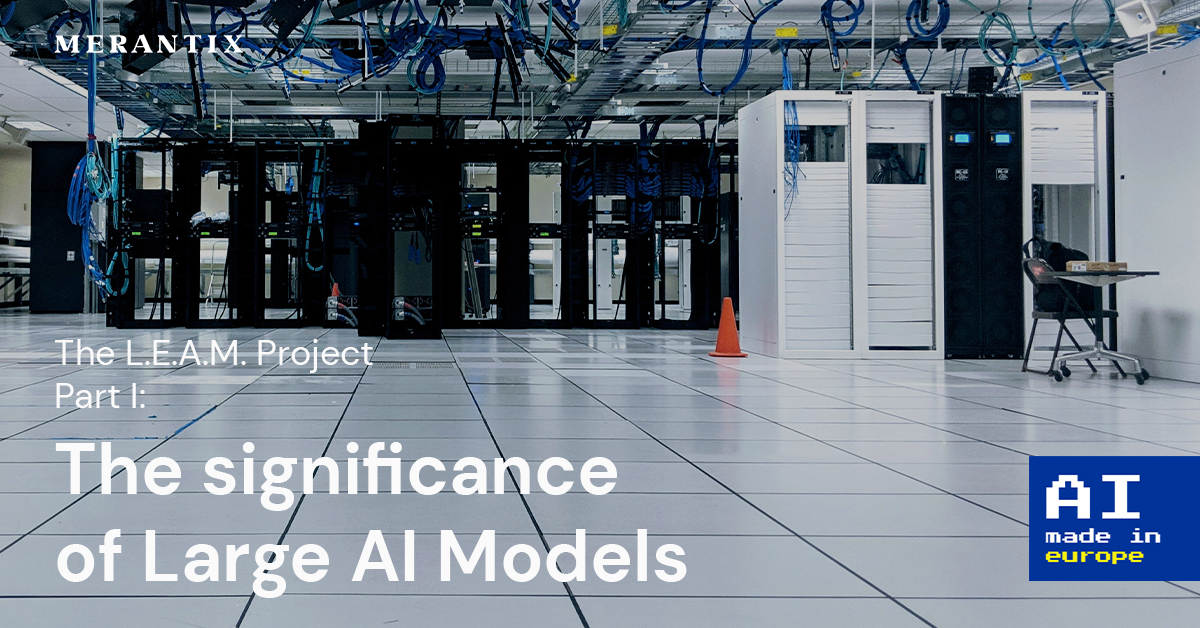 The significance of Large AI Models

A look into Large AI Models, their impact and why leading European institutions in the field of AI will now cooperate in building their own Large Models.