Back
•
Interview Stefan
Merantix Inside  No.
2

Stefan is one of Merantix’s pioneers: having built a logistics startup, he joined in an early stage of the Venture Studio and worked together with our founders, Rasmus and Adrian, to perfect our ideation and incubation process by setting up a multi-stage funnel for validating business ideas.

During this time, he came across the topic of business intelligence which reminded him of his first professional experience in supply chain management. As a business analyst in the BI department of a German retail company, he was tasked with investigating why crucial metrics changed. What he did manually back then, he aims to automate now: his company Kausa has just hired its first employees and is using machine learning to explain changing business metrics—industry-agnostic.

Finn: How long did it take you to get where you are right now?

Stefan:  We've been working on this for seven months now. We came across this problem in late 2019 and it instantly reminded me of my first professional experience. It was a coincidence but from there I started to think about how machine learning could do the job I did manually myself back then. But only once we got our hands on half a dozen data sets, I started to realize: we are laying the foundation for a prototype.

Finn: And companies were just handing out data sets?

Stefan: They handed out these data sets in the belief that we would be able to find something of interest in the data. And interestingly enough, we've been able to get our hands on data in a multitude of industries. From performance marketing all the way to operationally heavy businesses. This diversity in particular enabled us to generate a lot of knowledge about potential difficulties and what an ideal customer profile would look like. 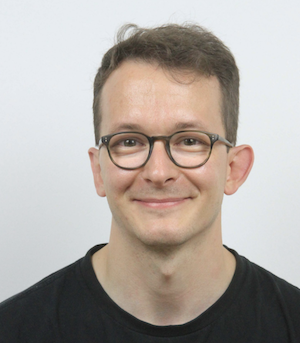 We validated and invalidated so many business ideas just in a couple of months, totally insane.

Finn: Is it fair to say that the first couple of months as a founder, your job is in a sense “sales”? You are pitching your idea to companies, hoping they will provide data, right?

Stefan: Yes definitely. It’s fair to say that whether you are in healthcare, whether you are in autonomous driving on synthetic biology or business intelligence or whatever vertical industry, in the majority of times, you will not be able to synthesize data yourself or work on publicly available data. So the best proxy you can apply in order to understand whether the problem you aim to solve is worth solving is getting your hands on data. And that, in turn, boils down to making a successful sales pitch. That's something we see over and over again.

Finn: How susceptible are companies to that? I can see two versions of this, right? Either they're very susceptible because they know that there's this new technology, which they've not been dealing with yet but need to, or they're really suspicious because these are often traditional industries, network-based progress, and so forth where they're just hesitant to give out any kind of data.

Stefan: I'd say, this is one of the main reasons, personally speaking, for joining Merantix. When you aim to build a B2B startup, one of the things you have to have is a really strong network, because trust is something that is hard to build during a first meeting. And this is where the network and ecosystem built around Merantix comes into play.

Finn: Did you know you wanted to build an AI or machine learning company?

Stefan: The company I built before coming to Merantix was very much based on the assumption that software will win its market. Unfortunately, we were proven wrong. When winding down the company, I started tinkering around with deep learning, really just experimenting. I slowly realized that would be the direction I want to go next: much more technology-driven businesses as opposed to transactional heavy businesses.

Finn: As you mentioned, you founded a company before. How do you think, has your path been different at Merantix?

Stefan: The difference I highlight the most is the pace at which we are able to validate. The pace with which you get your hands on data and can think about prototypes is phenomenal. We validated and invalidated so many business ideas just in a couple of months, totally insane. This is what we and the Merantix network excels at. I would not have been able to do it on my own.

Finn: The way it seems to me, as a founder you tend to be somewhat of a lone wolf. Not in an existential way, necessarily.  But of course you have this vision for what you're trying to build, but it's only in your head and surely that must make you feel a little bit lonely at times. You are pitching this idea to everyone, trying to convince people, maybe getting negative or no feedback at all sometimes. I wonder if founding within the Merantix ecosystem changes the psychology of this process at all?

Stefan: It does, but only to an extent. Ultimately, it is still just you making the difference. So while it's worth and certainly enjoyable in difficult times to get somebody else's feedback and help you out to overcome difficult problems or, you know, whatever strategic direction or questions you have on top of your mind at that given point in time, I think ultimately it's always you who needs to motivate yourself and overcome difficulties. It helps a lot that Rasmus and Adrian are irrationally positive and there's nothing which can stop the two. But as I said, nobody will do it unless you are convinced yourself. It boils down to your own motivation and conviction.

Finn: At Merantix, the first couple of months you work desk-at-desk with other founders that are working on a completely different subject, ideating companies in other fields. Beyond being surrounded by smart people, is there an immediate advantage that you think you will benefit from?

Stefan:  The main advantage is that, once you put people into the same room from different backgrounds, it’s very likely that the person next to you is approaching a problem differently than you are. So that in itself is super joyful and helpful. Some have a very academic background and excel at this respective science, others have company building experience. Combining the two is a prerequisite for coming up with and identifying a problem, which is worth solving and then thinking about solutions. Having this tight-knit group and helping one another both professionally and personally, is what makes sure you are not a lonesome cowboy on a tough journey.

Finn: Thank you for joining me, Stefan!

Finn Grotheer is Merantix’s Operations & Communications Manager. Making his way to the two-year anniversary at Merantix, he is one of our long-serving team members and was determined to be predestined for this interview series. He is a graduate student at the Hertie School of Governance and a fellow at the German Academic Scholarship Foundation.

After closing their Series A, Vara CEO Jonas reflects on his journey and learnings as a Founder.

Through embracing change, SiaSearch has found a solution for more than just the automotive industry.

How AI solutions provider Merantix Labs is harnessing its diversity and educating SMEs about the potential of AI.

After closing their Series A, Vara CEO Jonas reflects on his journey and learnings as a Founder.

Through embracing change, SiaSearch has found a solution for more than just the automotive industry.